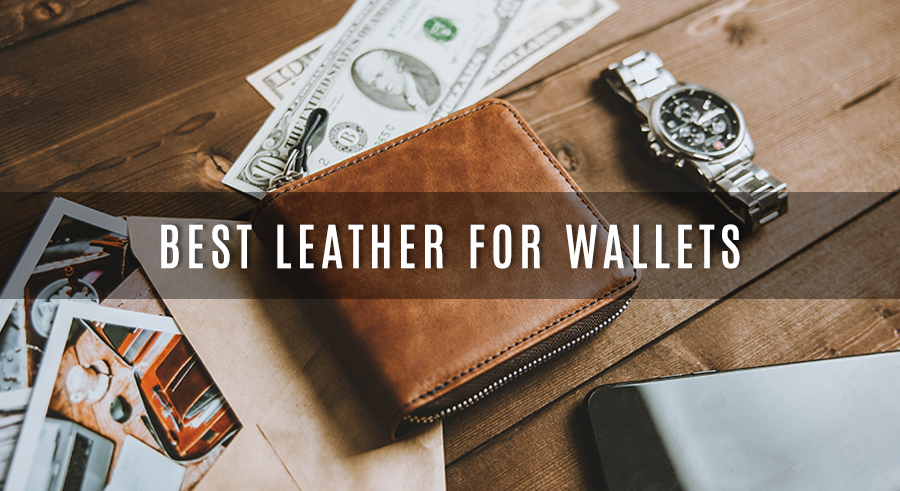 Let us overview a few different kinds of leathers to narrow down our best suited choice for an immaculate Wallet. The best leather for wallets should be Genuine Leather. Split leather is the lower layer of the hide that isshaved off the top grain. However, Bonded leather is made from scraps of leather bonded together.Always prefer choosing Split leather as it is a better option over bonded in terms of durability and looks.

Next, Full Grain leather comes from the outer most surface of the hide. The difference between the two is that full grain leather is not sanded or processed so they have a deeper beauty thanks to the natural markings. Full grain is also a good choice for the best leather for wallets because of its durability and beauty.

Also, another favourite option is Nappa Leather. This leather is also Full Grain, however, it is dyed and processed a bit more and hence, offers a refined and sophisticated appeal common in higher grade leather wallets.

Exotic leathers include leathers from alligator, ostrich, snake, and eel among others. This type of leather should not be confused with leathers of cow hide made with textures of ostrich or alligator texture in the surface.

Also popular is Suede leather. It is extra soft and supple and very commonly used for Wallet production.

Last, but not the least BEWARE of another type of leather that is Man-Made. This isn’t real, genuine leather and is usually comprised of synthetic components. The term is just something loosely applied to wallets of lesser quality to try to pass themselves off as leather to the unsuspecting shopper.

Choose your leather wisely for the next Wallet you buy, because you are defined by the quality of leather wallet that you slip out of your pocket in public! 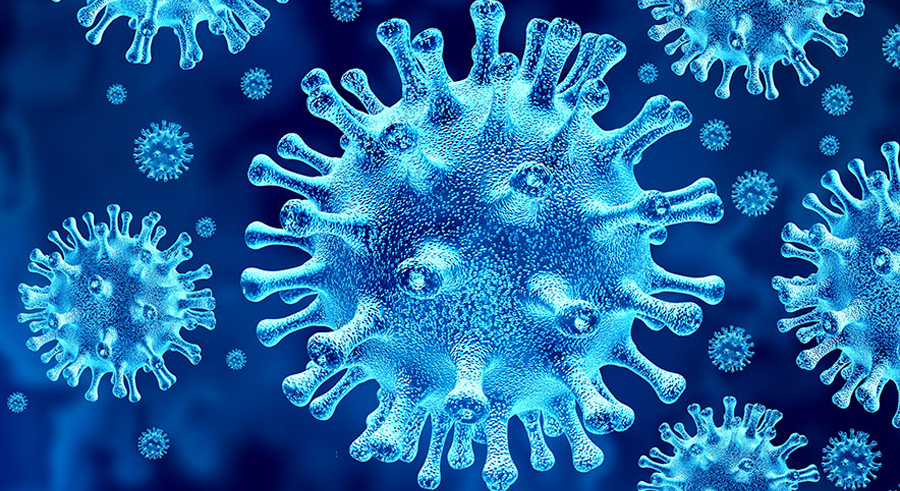 Although the pandemic due to covid-19 is fundamentally a health crisis but has left an all-inclusive effect on every aspect of human life. No wonder international trade is also affected due to this crisis. It has been recorded that global merchandise trade has witnessed a near about 14.3 percent downfall in comparison to the previous year. This downfall can be considered as the direct effect of lockdowns. On the other hand, this pandemic has also left an overall bad effect on international supply chains and eventually on the employment and the income of the employees. All these reasons are there behind the collapse of international trade. So here in this discussion, we will talk about how the post COVID situation has impacted international trade and leather trade as well.

A Short Review on the Background of International Leather Trade

After the 1990s, the globe, headed by China, accelerated globalization and lifted hundreds of millions of people out of poverty. Things had been improving since the 1950s, but the development of the digital economy appears to have resulted in a massive acceleration in communications. The leather business had a hand in it. A single piece of leather can provide a huge number of employees in the concerned industry, such as in the production of footwear, clothes, purses, wallets, gloves, and other accessories. These draw primarily unskilled individuals into the labor, give them skills, provide stable salaries, and supply governments with definable tax money.

The Leather Business Is Undermining Its Image: The Direct Impact of Post COVID Situation

Leather is a multifaceted material that supports millions of people’s livelihoods, and it must be adequately addressed for the planet’s biodiversity and climate demands in the future. Any damage to its reputation puts this in jeopardy, and we can’t dismiss it or pretend it’s unrelated to us. During the financial crisis, we began to notice that globalization was leaving some communities behind, such as those in the developed world who were left jobless as their outdated industries closed. If there’s one thing we’ve learned in the last decade, it’s that all such groups of the overlooked and left behind must be assisted, or issues will emerge in this pandemic situation as well. It is not anymore in the top three manufacturing industries in the world, where it had been for centuries, but it is still significant. Many of the countries in need of poverty reduction have large quantities of high-quality raw materials. Although the pandemic situation due to COVID-19 has directly and massively impacted each side of the concerned industry there is still a chance to survive. Let’s talk about the prospective aspects of the concerned trading in the upcoming portion of the discussion.

The Potentiality of the Leather Trade in Upcoming Period

Surprisingly, the leather business may provide job prospects at various levels in both the developing and developed worlds. For example, workers in under-developed countries need the chance to labor and create value for their own raw materials. And, as corporations in the luxury and automobile sectors have demonstrated, there is valuable employment for leather makers and craftspeople in the developed world’s leather networks as well. However, such maneuvers must be executed correctly. Business-friendly policies and strategic measures are required in the emerging international leather trade market after COVID. To achieve global economic development, the governments must set clear and attainable goals that may be achieved via systematic planning and implementation in such a potential sector as leather goods production.

Generally, tanneries or large corporations are involved in the production of apparel by leather material. Raw material shortages, excessive labor costs, poor product innovation, and a lack of presence in the global fashion market are just the reasons behind the downfall of the concerned industry. But to become prominent in international trading leather sector has to keep a lot of promise in terms of exports, growth, and employment. It directly or indirectly employs around 2.5 million people. Nearly half of the workforce is skilled or semi-skilled, with women accounting for 30% of the total employment. Hopefully, this perspective sector will conquer all the odds and establish its place on top of the global marketing aspects again. 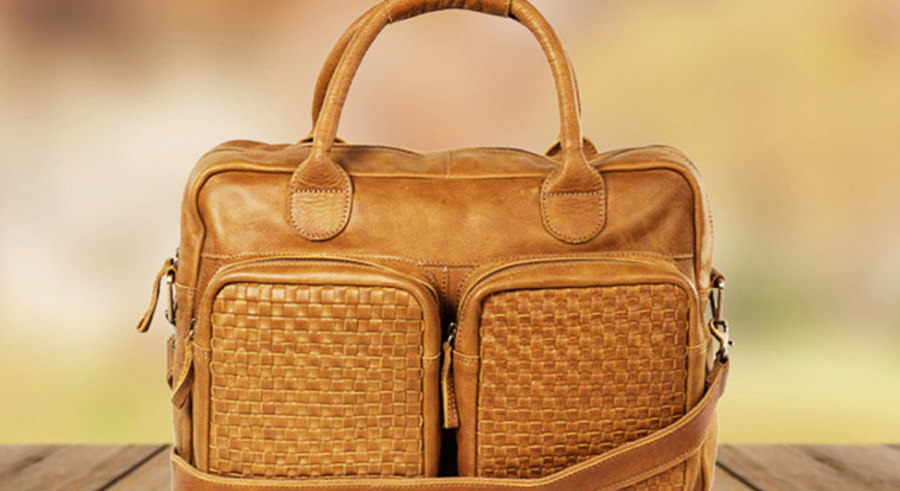 The leather industry is a global manufacturing sector that produces raw, processed, and finished leather items. When tamed humanely and well-cared for, the animals used for hides are a renewable resource. Leather is one of the most trafficked items on the planet, with hides and skins worth more than $5 billion in yearly exports. Leather has a rich and illustrious history extending back hundreds of years. It is a $100 billion industry of leather hides finished Leather products and commodities all around the world. Cow, sheep, goat, and pig hides are the most common.

The global apparel and leather products market is predicted to increase at a compound annual growth rate (CAGR) of 18.7% from $818.19 billion in 2020 to $971.38 billion in 2021. Companies like Walletsplus are rearranging their operations and recuperating from the impact of COVID-19, which had previously resulted in tight containment measures such as social distancing, remote working, and the shutdown of commercial activities, all of which posed operational issues. At an annual growth rate of 8%, the market is estimated to reach $1311.66 billion in 2025.

Around The World Emerging Leather and Fashion Trends

The leather fashion accessories market in the region is primarily driven by a rise in the number of working professionals and young millennials. Italy and France are experiencing a growing reliance on leather goods. India has always been a manufacturers’ hub for Leather production and finished goods production. The European Commission estimates that 41% of total production in the leather industry comes from footwear, followed closely by leather fashion goods and accessories.

Because of its enormous potential for employment, growth, and exports, the leather industry in India holds a prominent position in the Indian economy. There has been a growing emphasis on its planned development, which aims to make the best use of available raw materials to maximize profits, notably from exports.